Skypark across Chao Phraya river to be opened this month

The Bangkok Metropolitan Administration plans to open the world’s first public park across a river this month, developed on a bridge left over from the nation’s first elevated railway project, which was abandoned nearly three decades ago.

Bangkok governor Aswin Kwanmuang inspected the elevated park on Thursday, visiting staff tending the plants in preparation for the opening late this month.

The park was developed on superstructure left behind by the incomplete and long-deserted Skytrain project of Canada’s Lavalin International Co. The BMA has spent 123 million baht landscaping the 280-metre-long and 8.5-metre-wide structure along Phra Pok Klao Bridge.

The structure was dubbed “Saphan Duan”, meaning the incomplete bridge, after it was abandoned when the 55-billion-baht, 90-kilometre-long Skytrain project went bankrupt and was scrapped in 1992.

Before the park development began, there were only old columns and beams across the river, without even a staircase or ramp.

The year-long park development has seen the installation of plants, ramps, elevators, viewpoints, rest areas and various levels of paths for pedestrians and cyclists, who will be allowed only to walk their bikes across the river.

“The project’s success is the result of cooperation from all involved. It will be opened before the end of  this month, and Prime Minister Prayut Chan-o-cha has been invited to open it,” Mr Aswin said.

Asst Prof Niramol Serisakul, director of Chulalongkorn University’s Centre of Excellence in Urban Strategies, the project designer, said the Chao Phraya Skypark was the world’s first skypark above a river.

“It gives the option of crossing the river by walking or cycling, improves the quality of life and promotes urban well-being,” she said. 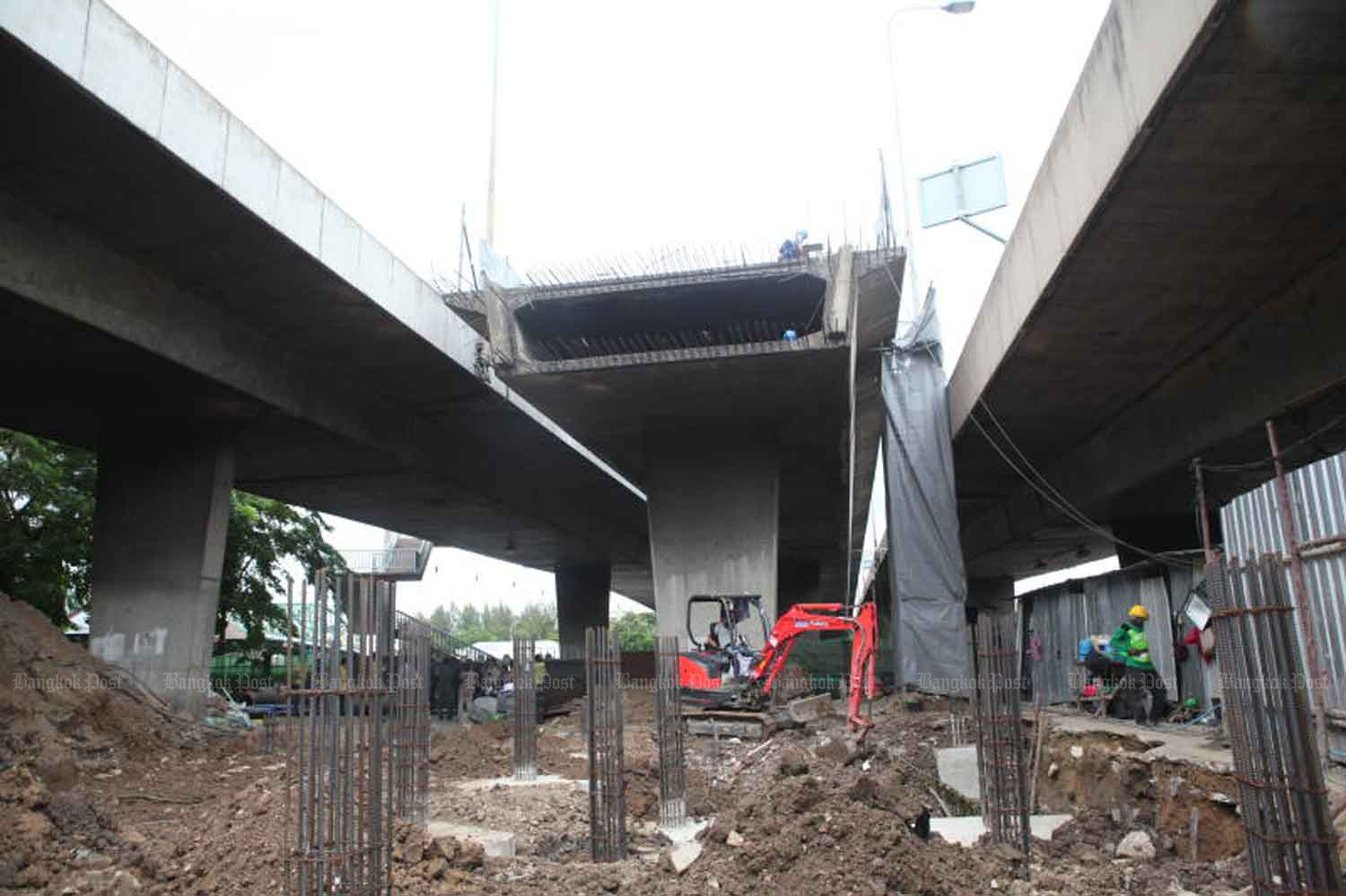 The “incomplete bridge”, at the beginning of its conversion to a skypark in August last year. (Photo: Apichart Jinakul) 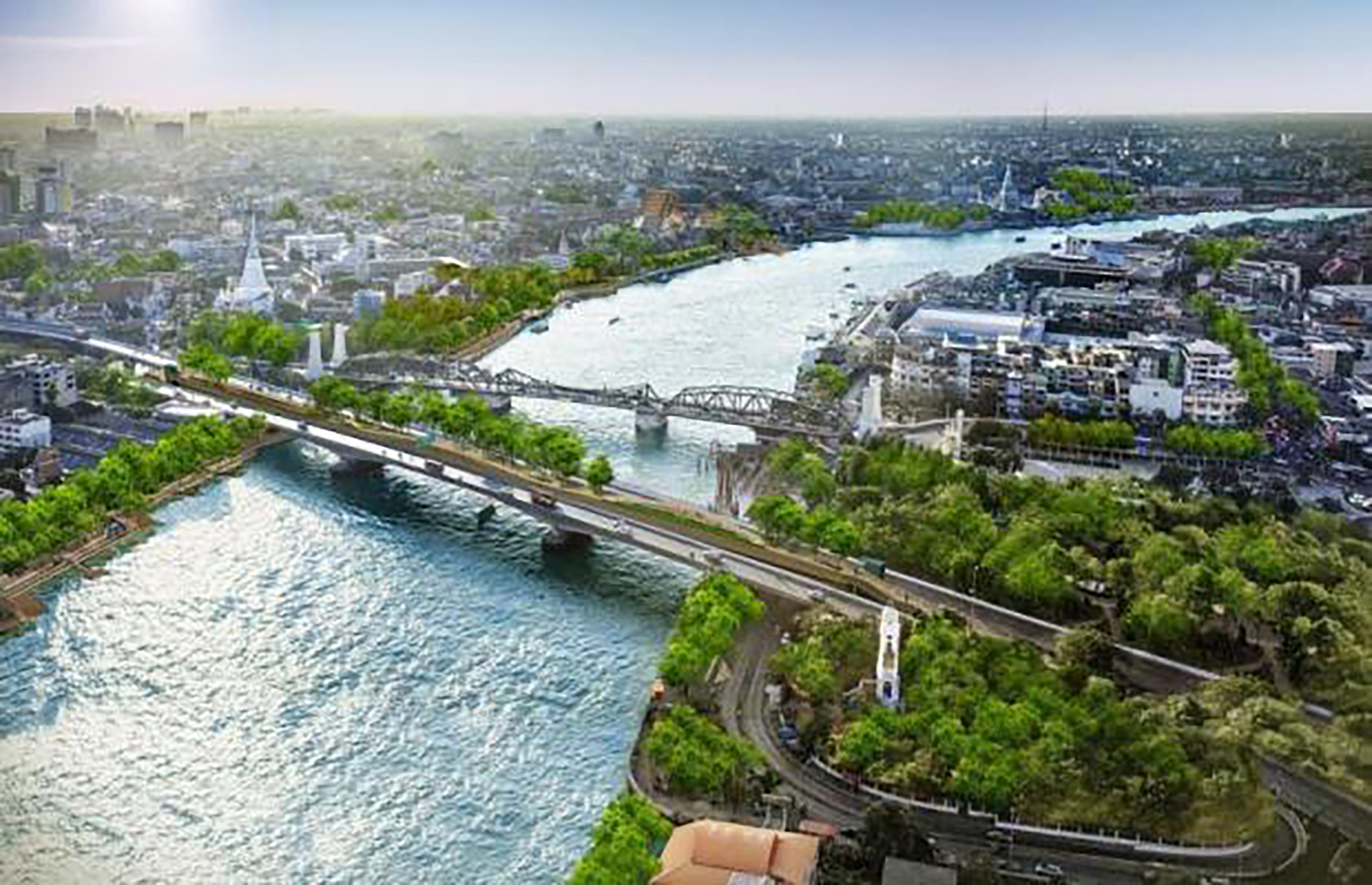 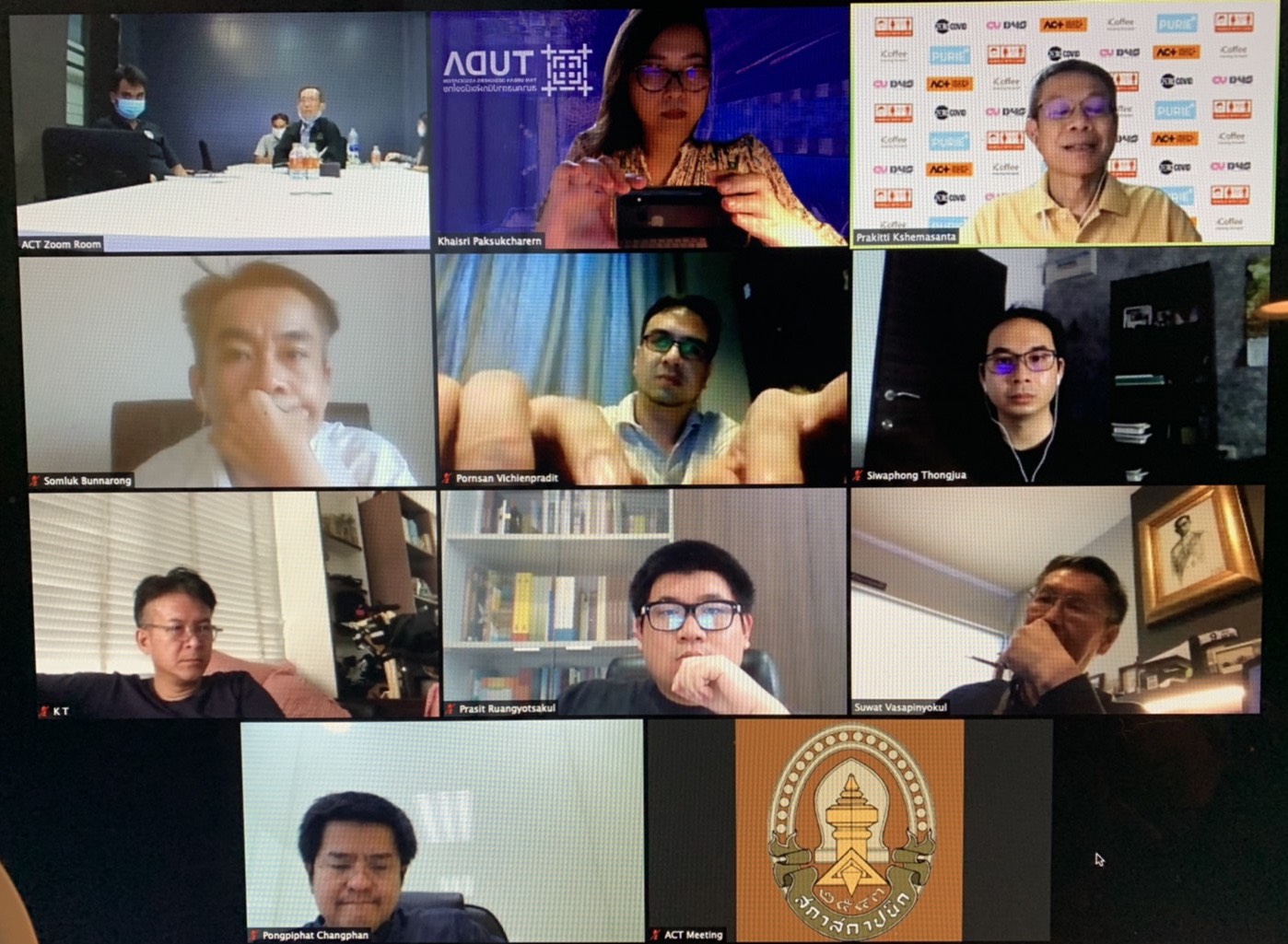